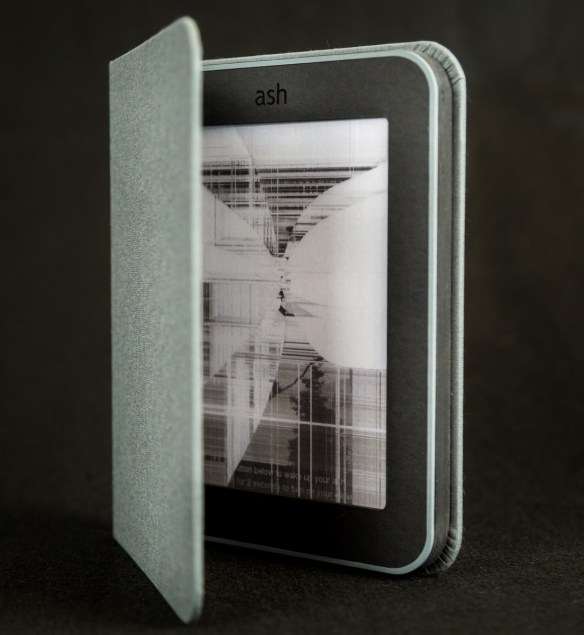 a digital/analogue hybrid, a pleasing weight in the hand, a seductive, broken, thing.
a quixotic attempt to hand-make a flawless series of identical objects to appear mass-manufactured.
‘ash’ was made as part of the artist’s book collective AMBruno’s 2017 project [sic]. http://ambruno.co.uk/sic.html Sixteen artists responded in different ways to a brief to make a book in which the content and/or physical elements were in some way at odds with assumptions of what a book should be or do. Sets of the [sic] collection were purchased by the Kunstbibliothek in Berlin, the University of Maryland, and the British Library.
Having circulated within the world of artist’s books, with this show at Access Space, the remaining objects called ‘ash’ are returning to the digital/art/maker space in which their components were manufactured.